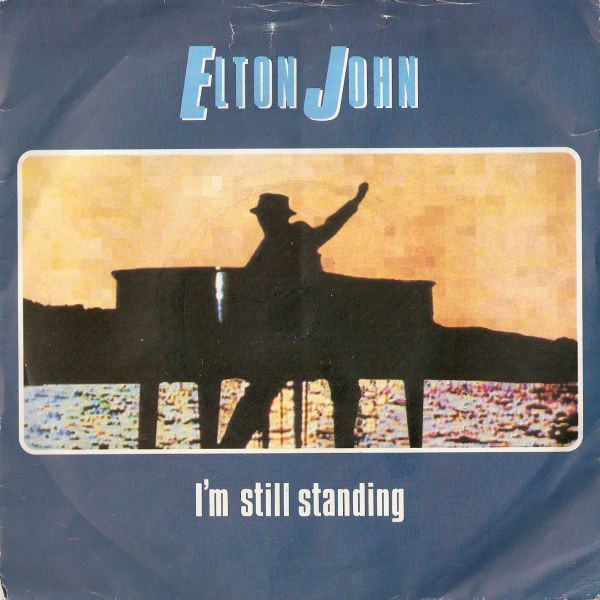 This past week has been a real emotional rollercoaster. Some highs, some lows.  So, this blog post may be all over the map today.  And that happens.  It is OK. Not every entry will be strong or necessarily cohesive.  So, I’m treating this week as if it is a diary about my weekend.

Late Thursday night, on Valentine’s Day, a close friend from the community radio station I volunteer at passed away unexpectedly.  As of this writing, there is no known cause.  She was someone I admired because she was always full of joy and lived life in a way where she did whatever she wanted whenever she wanted.  She did not give a damn.  I deal with anxiety more than I would like to admit, so I always saw her as an inspiration for the way one should feel about themselves and the life they live.  I was devastated when I got the news because it was not something anyone saw coming.  I’m still processing it.

All Sunday morning, I was feeling rather moody. It is February and that is the worst month.  I know January gets a lot of flak for being terrible, but it is nowhere near as terrible as February.  February is colder, snowier, wetter, and just generally miserable.  The earliest signs of spring are just a few weeks away and February just exists to test one’s patience.  For being the shortest month, it feels like the longest.

Sunday was also a day where I had some social commitments.  I didn’t feel like going, but I felt compelled to do so. And I’m glad I did.

First stop was to meet friends from my book club for a social gathering at a German bar in Logan Square that is closing called the Radler, a place where beer comes in boots and you can hammer nails into stumps.  I started feeling better.  Maybe it was the beer, but I really enjoyed the warmth and positivity I was feeling around me.  The energy felt fantastic.

After that, I walked about a mile through the snow to get to a friend’s place.  He’s a guy who used to work with me at this terrible non-profit when I first moved to Chicago.  We made some vegan pasta and just chilled listening to music.  First was an EP of tropical disco tracks that were just amazing jams.  Then, we moved on to Led Zeppelin’s untitled record (typically Led Zeppelin IV) before moving onto Led Zeppelin III. It was a very primal and masculine experience. We rocked out and chatted and got our stuff to go out that evening, two warriors ready to conquer the night.

We went to a bar where a friend from the radio station was DJing, playing a mix of all women and women-identified artists.  It was a very different atmosphere and energy from the one I just left.  My buddy and I just chilled and listened to the music.  It was a rather feminine vibe, but the emotion behind the music was warm.  The energy was soothing.  I talked with my friend DJing about life and missing our friend we just lost a few days earlier.

After a while, my buddy got bored and said we should hit up a nearby arcade bar.  I said sure.  However, I was not feeling the energy when we got there.  Lots of noise, plus my buddy was just working the crowd to get laid.  It felt very weird being there as I just wanted to chill and didn’t want to play games or hit on women.  So, I split and went back to see my friend continue her DJ set.

I sat there listening to the music until a friend of the DJ came and talked to me.  He was an anxious guy who seemed troubled by something.  He was asking me very deep and personal questions about me such as how I find happiness and why do I drink alcohol.  I just kept telling him that happiness comes from within and that everything is fine and that we were all there to chill and relax.  I’ve got my problems too, but I was really feeling good where I was.

After some time, I left and ordered a Lyft.  On my way back home, I spoke to a beautiful woman who was sharing the car with me.  We talked about our evenings and her studying psychology.  It was such a lovely conversation.  When the car arrived at my apartment, I turned to her said “I hope you find joy wherever you’re going” and we shook hands.

Monday, I spent time with myself.  Cleaned my apartment, made a healthy lunch, and walked around a few different neighborhoods killing time until I met with friends to play trivia.  The friend who passed away was also friends with one of my trivia partners.  We talked about that and what we appreciated about her.  I didn’t stay long.  The trivia was being held at a new venue and it was loud and disorganized.  So, I went back home to read and finish planning my vacation for next month.

On Friday, my dad came to town to visit.  I had tickets to see Elton John perform during his final tour, Farewell Yellow Brick Road. I went with two close friends.  The concert was fantastic! Elton performed well and I heard all the songs I wanted to hear.  My friend had just passed the night before, so a concert sounded like a nice way to distract myself.  Especially a concert that was a farewell tour where memories and lessons were talked about with wisdom and nostalgia.

The song I had to hear the most was “I’m Still Standing.” I wasn’t sure he would play it, but he did play it before the encore with the video screen playing clips from Elton John’s many performances and pop culture cameos.  Released as a single in 1983 from the album Too Low for Zero, the song is about Elton still maintaining relevancy as his career entered the 1980s.

When I was talking to my friend during her DJ set, we talked about how we felt about our friend passing.  I told her I was upset and that I was processing. She told me it hadn’t hit her yet but anticipated when it will.  I told her that we were still alive and the best thing to do was to continue living our lives the best way we can.  We were survivors, and we should find joy in that.  I find joy in that.  I’m still standing.