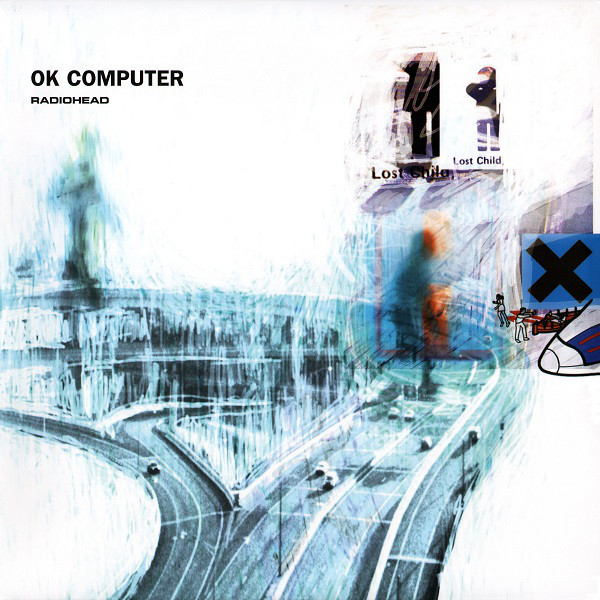 I have discussed many times in this blog that I strive to be very open-minded when approaching new music.  For the most part, this has typically only applied to genres, artists, and periods that I was unfamiliar with.  While it takes me some time to get to the new releases, I still enjoy the discovery of music that has been around a long time but is still new to me.  That’s the easy part about being curious to new things.

However, what about the things you were previously sure you didn’t like?  I mean, there must be a reason why you didn’t enjoy a specific artist or song?  It could be that there was absolutely nothing that appealed to you, or perhaps there was one singular glaring quality that betrayed the rest of the work as a whole.  Regardless, there’s something you just don’t like.  Does striving to be more open-minded mean revisiting things you didn’t already?  What’s the point even if you know you already don’t like something?  While wasting your time with something you know you don’t care for, you could be spending your time enjoying something you know you love.  So, why even bother?

These were all questions I wrestled with when I went to Chicago’s Saturday Audio Exchange a few weeks ago for the June edition of Classic Album Sundays.  While the Classic Album Sundays is based in the United Kingdom and has been running for about a decade, the Chicago branch has been going strong for just over a year.  Having been to several events in a row, I have seen the growth and popularity of these listening parties.  While the crowd changes depending on the album, there has been a steady increase in the number of attendees.  What exactly is drawing specific people to a specific event centered on a specific album.  I considered these things as I observed and listen to fans discuss Radiohead’s 1997 masterpiece OK Computer.

I can tell you why I went this last time.  It was to experience what I’ve been missing, if anything at all, when it comes to Radiohead.  Radiohead has been a band I have struggled with for a long time.  I had heard a handful of songs prior.  Some were enjoyable while others not so much.  Though, I had never listened to one of their album’s in their entirety.  Something about Radiohead just didn’t strike a chord with me even though all the components within their music are qualities I enjoy individually; Britpop influence, musical experimentation, thoughtful tongue-in-cheek lyrics, themes analyzing our culture and political climate, etc.  I listen to dozens of artists that combine those qualities, but Radiohead had always been a band that I just never connected with.

For a few months, I knew OK Computer was going to be the May selection for Classic Album Sundays.  The reason being is that the album had it’s 20th anniversary that month.  I really enjoy Classic Album Sundays for a lot of reasons.  The social element is really great because I can talk to friends or mingle with new acquaintances, amazing cookies and lemonade is provided, there’s a dog running around the store that is amazingly cute, and the sound system set-up at Saturday Audio Exchange is perhaps the best way to hear any record.  Despite all those great reasons to go to one of these events, I was waffling on going.  Why?  Because Radiohead.

I debated going until the day of when I made my decision to attend.  I already had a social group meeting that day to talk about a Grandmaster Flash album and everyone wanted to go to Classic Album Sundays right afterwards.  I couldn’t be the odd man out.  Besides that, I had decided that I needed to give Radiohead a proper chance.  As discussed, I had never actually sat down and listened to one of their albums in full during one sitting.  If I’m going to someone who actively takes measures to try new things, then I had to give one album one chance to make an impression.  I owed Radiohead at least that before judging them.

At the event, I was surrounded by friends and strangers who absolutely loved that album.  I’m fairly sure I was the only person who actually hadn’t heard OK Computer in it’s entirety as a complete work of art.  Even one of my friends from the community radio station was asking me how I had never been subjected to listening to that album when most of my friends are music nerds and OK Computer is one of the most sacred releases ever to them.  I just said that I never had the opportunity.  And I was fine with that.  I considered my role at this event a little differently than before.  At previous listenings, I was more familiar with the album, was a fan of the artist, and actively engaged in the post-listening discussion.  This time, I was going to take a step back and discuss.

Sam, the organizer of the Chicago branch of Classic Album Sundays, gave a rousing and passionate speech prior to putting the record on.  Radiohead and OK Computer were very important to him and that certainly showed with his enthusiasm.  Sam doesn’t pick the record selections.  That is done by the main organization, but it is great to see Sam’s love for music every time he presents.

When the needle dropped, the lights were dimmed and we all sat in silence and listened.  At times, I would sit with my eyes clothes.  Other times, I would look around the room and observe others listening to the album; mouthing lyrics or bobbing heads to the rhythm.  I would also periodically look through the lyrics provided to us in book form if I got lost.

The tracks I heard before and knew were “Paranoid Android” and “Karma Police.”  When those played, people got excited.  I wasn’t particularly interested in the songs I knew.  While this special listening might make me connect to the songs differently than before, I was more eager to hear the songs I didn’t know.  Of all the songs that played, the one I actually really enjoyed was “Let Down.”  It was melodic and catchy in a way I didn’t associate with Radiohead.  It was a pleasant surprise how much I really enjoyed that song.  It was new and unheard of for me and that’s what I enjoyed most about that experience.

But what about the part of the listening experience?  What about the songs you knew?  Granted, I came into the event wanting to experience something new.  In one way, that might mean songs that I had never heard before.  In another way, that could be discovering something new within a song I thought I was familiar with already.  And I did get that experience.  Primarily for two reasons.  The first being that the sounds equipment is utterly amazing and brings out richness and detail that is lost with poorer sound systems.  The other being that this was my first time sitting down with no distractions and truly listening to this album.  With albums I’ve heard dozens of times before, I’m alright hearing it as background music to whatever I’m doing.  But if I was going to really give Radiohead a chance, I had to do it right.

As with tradition during any Classic Album Sundays event, there is a discussion.  Sam leads the discussion and gets the audience to talk about their experience with the album and to ask any discussion questions.  While I cannot remember any specific details from this discussion, I did pick up on a theme.  Every person who contributed to the discussion shared that they discovered and became enamored with the album or Radiohead as a band when they were teenagers.  Whether this discovery happened when OK Computer was initially released or years later, this album and band became important to them during their formative, acne-ridden teenage years.  Based on that, as expected, I would gather that everyone else was there for some nostalgic purpose.  For me, nostalgia didn’t play a factor.

I left the experience enjoying the album more than I assumed.  While my prior beliefs on Radiohead are still with me, I didn’t leave the experience with a hardened affirmation that I do not like this band.  Instead, I am now more neutral to them when before I would say flat out that I didn’t much care for the band.  What this means is that I am not immediately dismissing them.  My neutrality to them keeps me open to them should I feel an urge.  My first full-length listen of OK Computer was not unenjoyable, but it wasn’t anything groundbreaking for me.  The connection the others around me had with this album had not made itself clear to me.  That being said, I am open to sitting down with it again in the future.  And perhaps maybe a different Radiohead album altogether.  What this listening experience has taught me is that, despite earlier claims, I don’t hate Radiohead.  They haven’t let me down.  I’m just passively waiting for a connection.